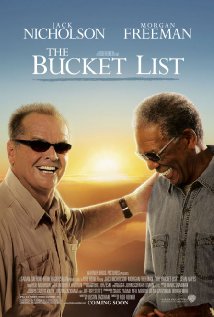 The term “bucket list,” if you missed its pop culture origins, is drawn from the 2007 motion picture The Bucket List. The movie features Morgan Freeman and Jack Nicholson as two men who, after receiving dire assessments from their doctors, ditch their hospital beds for a whirlwind road trip to places they’ve never visited and to do things they’ve never done.

Very quickly, the term became popularized by comparatively healthier middle-aged adults (among others) to describe their wish lists of to-dos and must-sees, many of which are associated with travel.

Now that I’m well into my fifties, I find a curious twist occurring: My own bucket list, at least when it comes to travel, is narrowing rather than expanding.

What’s on my list? As far as new places outside of the U.S. go, I’d like to see Athens and bear witness to the sites of ancient Greek history. Maybe I could squeeze in a visit to Italy as well. I’d also like to tour some of the famous historical and religious sites in France, ranging from First World War battlefields to ancient cathedrals.

Otherwise, I’d like to revisit a cluster of old haunts. Even traveling, I’m a creature of habit, and once I discover something I like, I’m drawn to go back. London, for example, has long been one of my very favorite cities, so much that I feel very comfortable there without losing that feeling of wondrous discovery. (Someday soon I’ll write about my visits there.)

For a someone with only a modest travel bug, I’ve been fortunate to see a lot of interesting, fascinating places, and I’ve experienced first-hand how travel can expand our minds and worlds. So especially to those whose bucket list dreams have yet to be fulfilled, I wish for you many opportunities to make them a reality.

As for The Bucket List, I give it maybe 3 or 2.5 stars out of 4. I’ve long been a fan of Morgan Freeman, but Jack Nicholson — in just about every role he plays — reminds me of too many of the egos I’ve encountered in the legal profession and in academe! Nevertheless, it’s a good movie, and it leaves us with some points worth thinking about.