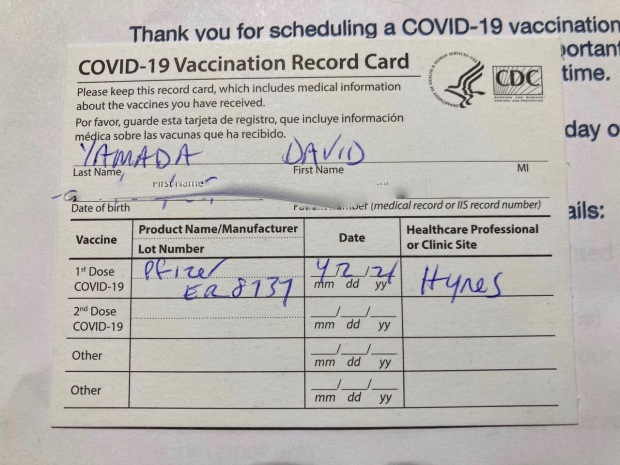 As I anticipated receiving my first dose of a COVID-19 vaccine on Friday afternoon, I did not expect the experience to leave me feeling so, well, hopeful and even patriotic. In fact, I half expected the scene at the giant Hynes Convention Center in Boston’s Back Bay neighborhood to be like something out of a dystopian sci-fi movie, replete with long lines and military personnel.

It turned out there were long lines, but they moved with brisk efficiency. And while the operation was indeed staffed mainly by various branches of the military, the folks carrying it out did so with unceasing courtesy, friendliness, and encouragement. I found myself thanking them over and again for how well this was all handled.

So rather than feeling like I had been cast as an extra in said sci-fi movie, I came away with a deep sense of gratitude, buoyed by optimism that we can get through this and reclaim some sense of normalcy in our lives. 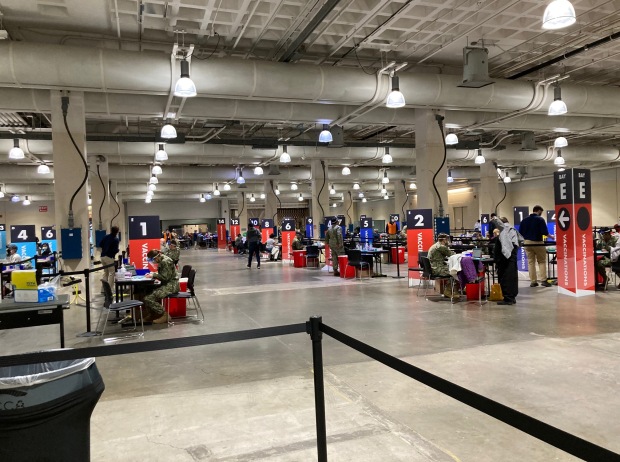 It was quite something to walk into this giant hall and witness a mass vaccination campaign in actual operation. It may be a once in a lifetime experience — er, maybe twice in a lifetime, as I have a return appointment for my second shot in a few weeks. In any event, there wasn’t much time to dwell upon it, because the lines were moving with a speed that an airport traveler standing in a security line could only dream of. 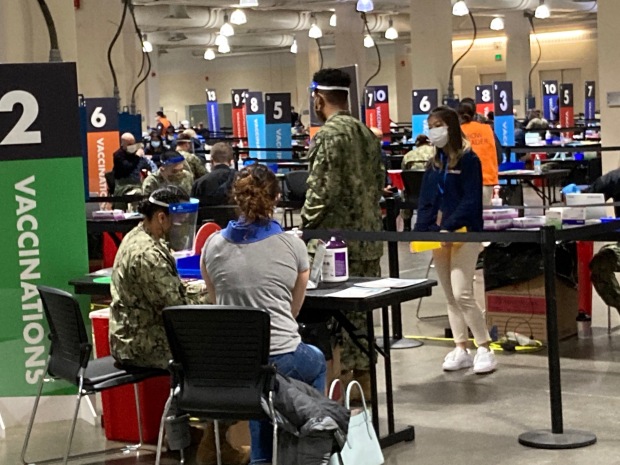 Honestly, when news of effective vaccines first broke, I imagined myself getting my shots in a private room at my doctor’s office. The thought of getting jabbed at a mass vaccination site was not very appealing.

But at the risk of sounding very corny, today’s experience left me feeling like we really are in this together in terms of wrestling down this pandemic and being part of the public health response. Given how divisive things have been in the U.S. during recent years, this was a refreshing sentiment. I know it may not last forever, but for now, I’ll happily take it. 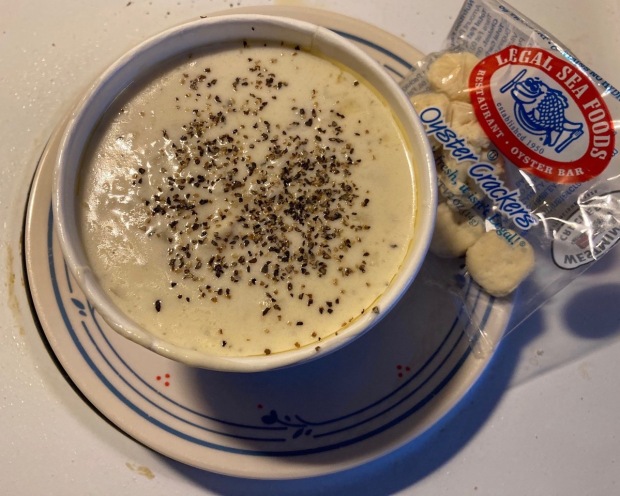 After I got my shot, I treated myself to a bookstore visit at Barnes and Noble, followed by a pickup order of clam chowder from Legal Sea Foods. Although I had planned to get some work done on Friday evening, it didn’t happen, as I fell soundly asleep on my couch after eating. As far as side effects go, I’m doing fine, with some injection site soreness and fatigue. Purely small stuff, all normal.

In sum, it was a good day that helped me to imagine better ones during the weeks and months to come.