When the World’s Fair came to Chicago in 1893

Although Christopher Columbus isn’t on my list of favorite historical figures — click here and here for reasons — the 1893 Chicago World’s Fair that bore his name was a sight to behold. The “Columbian Exposition,” named to recognize the 400th anniversary of his arrival in the Americas, attracted a global audience to the brawny, growing metropolis of Chicago.

The 1893 Fair was a celebration of the world, its past, present, and future. This awesome little picture book, a gift from my long-time friends the Driscoll Family, presents a collection of photographs that capture some of that fascination. I’m delighted to share a sampling:

The Palace of Fine Arts was a chief showpiece building of the Fair. It is now Chicago’s famous Museum of Science and Industry.

This panoramic shot of the Fair helps to explain why it was called “The White City.” 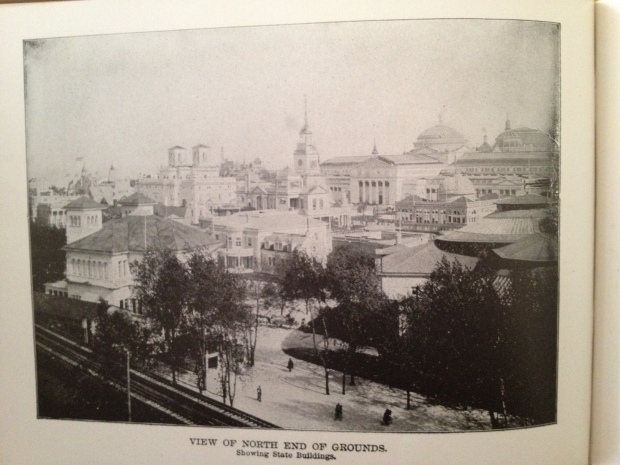 While striving for an Old World look, the Fair celebrated scientific invention and manufacturing capacity.

Disney’s Epcot Center doesn’t hold a candle to the small scale re-creation of other nations at the 1893 Fair.

The Fair offered looks at exotic parts of the world. Check out the expressions of these ladies. 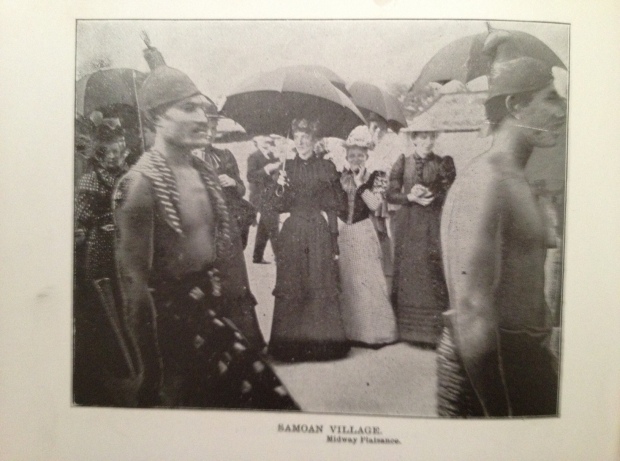 You could do some simulated exploring as well…maybe this inspired a future Indiana Jones?!

Refreshment stands dotted the Fair. I’m sure they were especially welcomed during hot Chicago summer days.

Guys who were bored with all of the cultural exhibits and displays could line up for this distraction. (This photo contains one of the longest lines of any exhibit in the book!)

America’s emerging role in international affairs and growing military strength were exemplified by the U.S.S. Illinois, a full-scale mock-up of a modern battleship that presaged even larger warships to appear at the turn of the century.

For more foreshadowing of events to come in the next century, the Krupp company, a major German gunmaker, had its own building. 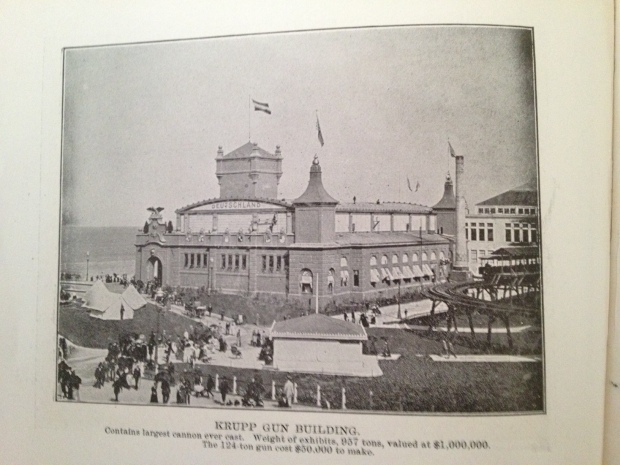 But we shouldn’t finish our photo tour with ominous signs for the future. Rather, let us close with a reminder of the Fair’s beauty, via this wonderful night shot. 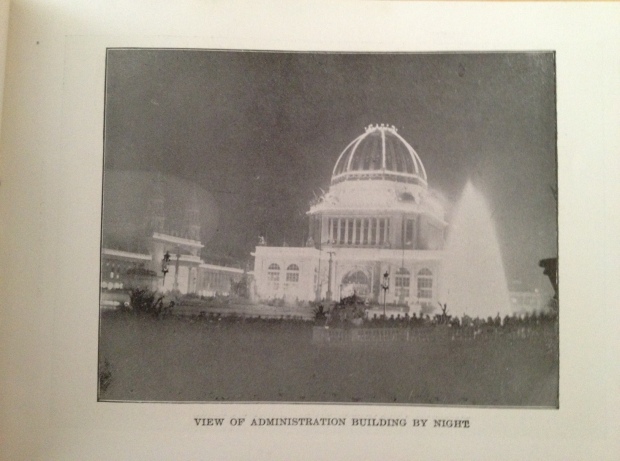 Could we ever have another World’s Fair? Probably not. The last genuine Fair was in 1964, in New York City. Subsequent efforts to stage such expositions haven’t generated the same levels of interest and attendance. In an age where the Internet, television, and international travel combine to shrink the globe, it’s hard to foresee anything like the 1893 Fair occurring anytime soon.

But that shouldn’t stop us from imagining the sense of fascination and wonder that drew visitors to the Chicago World’s Fair experienced back then. The Old World was making way for the New one, and these photographs make it clear that the Fair captured that moment in time.

If you want to learn more about the Chicago World’s Fair, check out its Wikipedia entry. Here’s a snippet:

The layout of the Chicago Columbian Exposition was, in large part, designed by Daniel Burnham and Frederick Law Olmsted. It was the prototype of what Burnham and his colleagues thought a city should be. It was designed to follow Beaux Arts principles of design, namely French neoclassical architecture principles based on symmetry, balance, and splendor. Many prominent architects designed its 14 “great buildings”. Artists and musicians were featured in exhibits and many also made depictions and works of art inspired of the exposition.

The exposition covered more than 600 acres (2.4 km2), featuring nearly 200 new (but purposely temporary) buildings of predominantly neoclassical architecture, canals and lagoons, and people and cultures from 46 countries. . . . More than 27 million people attended the exposition during its six-month run. Its scale and grandeur far exceeded the other world’s fairs, and it became a symbol of the emerging American Exceptionalism, much in the same way that the Great Exhibition became a symbol of the Victorian era United Kingdom.

Dedication ceremonies for the fair were held on October 21, 1892, but the fairgrounds were not actually opened to the public until May 1, 1893. The fair continued until October 30, 1893. In addition to recognizing the 400th anniversary of the discovery of the New World by Europeans, the fair also served to show the world that Chicago had risen from the ashes of the Great Chicago Fire, which had destroyed much of the city in 1871.

Also, the Chicago Historical Society has an excellent online feature about the Fair.

Finally, Erik Larson’s The Devil in the White City: Murder, Magic, and Madness at the Fair That Changed America (2003), interweaves the story of the Fair with the gruesome tale of serial killer H.H. Holmes, whose private torture chamber was located a close west of the city’s fairgrounds. It’s a riveting book.