The awesomeness of “Hill Street Blues” 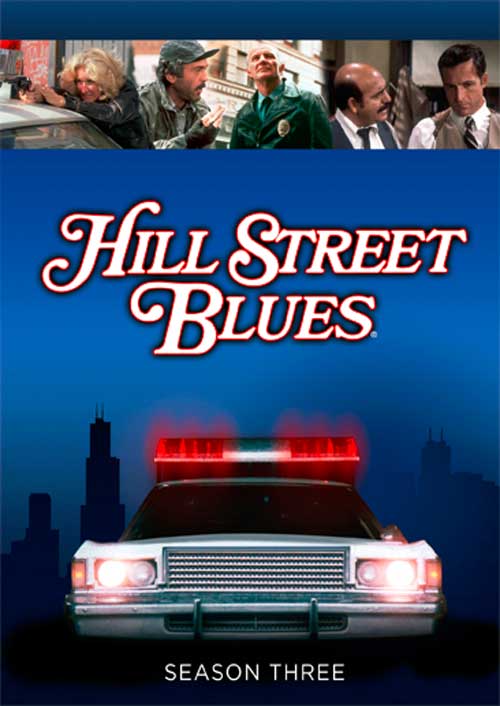 My current binge view is season 3 of “Hill Street Blues,” the gritty police drama that ran from 1981 to 1987. A four-time Emmy Award winner for outstanding drama series, it still holds up very well today. I happen to think that it’s simply awesome.

Steven Bochco created this compelling drama series, set in an unknown American city. The gifted cast was largely made up of actors and actresses considered lesser knowns at the time. From the show’s Wikipedia entry, here are the main stars of the first three seasons:

The calms in the storm of this rough urban precinct are Capt. Furillo and public defender Davenport, who happen to be a couple. Both Travanti and Hamel were brilliant at staying within the emotional boundaries of their characters. In fact, the same could be said of the rest of the cast, whether they played straight arrows or eccentrics. It was the mix that provided the sparks.

Over time, the characters develop, and key story lines continue from week-to-week, a breaking contrast to the scripts of many of the popular one-and-done cop shows of previous decades. Personal relationships evolve, as well, but not to the point of causing us to forget that this is about an urban police precinct. The show’s treatment of issues of race, gender, and sexual orientation made for cutting-edge television during its time.

Hill Street Blues also gave us one of the best-ever themes for a television show. Click below and enjoy Mike Post’s work:

The show presses my personal nostalgia buttons. I discovered it during my first year of law school. Hayden Hall, formerly NYU’s law school residence hall on Washington Square, had a big TV room, where dozens of folks from our first-year class gathered each week to watch new episodes, before heading back to our rooms or the library to study. Now, I’d never want to repeat my first year of law school, but it produced some good memories nonetheless! Among those were study breaks to follow the lives and doings of the denizens of the Hill Street precinct.