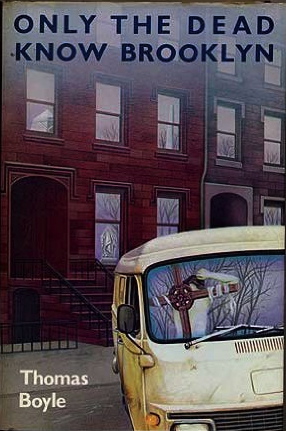 In a New York Times real estate section piece last week, Alison Gregor spotlighted beautiful Brooklyn Heights. While I enjoyed the photos of this picturesque, historic neighborhood, what caused me to sit up straight were the real estate prices:

Good grief. Brooklyn Heights has long been considered the borough’s jewel in the crown, thanks to its first-rate housing stock, wonderful urban vistas, and close proximity to Manhattan. But those housing numbers are staggering.

The price tags sent me into a nostalgic spin, recalling when I moved to Brooklyn in 1985, days after graduating from law school. . . .

With law school coming to a close in the spring of 1985, my days in the NYU residence hall were numbered. Late that semester, I was apprised of a possible apartment share in the Park Slope neighborhood of Brooklyn.

The Slope, as it was known (and probably still is), was a neighborhood “in transition” during an early period of gentrification in Brooklyn that seemed inevitable as Manhattan housing prices climbed steeply. I had accepted a position as a Legal Aid lawyer in lower Manhattan, starting at the princely salary of $20,000. Brooklyn was the most viable option in terms of convenience and price.

I agreed to join two others in renting a three-bedroom apartment in the top half of a brownstone owned by a young couple. Our monthly rent, to be split three ways, was $1,000. Yup, $1,000, split three ways.

Of course, the low monthly rent didn’t exactly make me Legal Aid’s version of Donald Trump (who, by the way, was coming into prominence right around then). The overall cost of living was high, and I was paying back student loans to boot.

Rough around the edges, but still good

Today Park Slope is home to well-to-do professionals and a fair share of celebrities, but back then it was a mix of long-time locals, farsighted buyers and speculators, and younger non-profit types priced out of Manhattan.

Overall, the streets closer to Prospect Park (another New York showpiece by Frederick Law Olmstead) were fancier and safer. Away from the park, the dicier things could get. I was mugged twice in Park Slope during my nine years there, and lots of other Slope denizens shared similar tales of criminal victimhood.

But no matter, this was during the heart of my love affair with New York. I enjoyed it on a shoestring, while dealing with its occasional hazards. And after three years of being a Manhattanite during law school, I explored parts of the wondrous Borough of Brooklyn, a place with as rich a history and variety of humanity as any in America.

My neighborhood’s in-transition status also meant that affordable eateries could still be found, albeit varying greatly in quality. I recall one diner on now-fancy Seventh Avenue, doors from the subway station, that served a thoroughly mediocre meatloaf platter, replete with imitation mashed potatoes and canned green beans. Taste aside, it was a filling match for my public interest lawyer’s budget, and so I ate there often after work.

Although the draw of Manhattan remained strong, I spent a fair share of my time in the Slope and its environs. Among other things, the area featured a neat little bookshop, a popular video store, and a dumpy but serviceable movie theatre. Soon after I moved there, I became active in a local reform Democratic club and volunteered for several campaigns.

Of course, the aforementioned Prospect Park was a wonderful draw. From the late spring through the early fall, lawyers and staff from our Legal Aid office would play weekly softball games there. It also was a great place for a walk with a friend or a slow afternoon with a book in hand.

The photo above shows the hardcover edition of Thomas Boyle’s Only the Dead Know Brooklyn (1985). It is the first entry in an entertaining crime trilogy featuring police detective Francis DeSales.

The real star of the book and the series, however, is the changing nature of Brooklyn, circa 1980s. I devoured Only the Dead when it first came out, and it helped me to understand the culture(s) of the borough, wrapped around a well-told story. It was also a fun read that nailed some of the details of living there, such as the view from the F train as it passed over the mega-polluted Gowanus Canal.

It has now been over 20 years since I’ve lived in Brooklyn. That chapter of my life seems like that of another epoch, no small milestone for someone whose nostalgic instincts can make events of decades ago feel like yesterday. Maybe it’s time to pull Only the Dead off the shelf and see how it reads many years later.