“The Wire” and today’s Baltimore 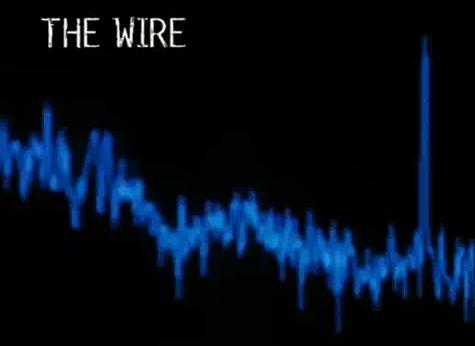 (“The Wire” by Source. Licensed under Fair use via Wikipedia)

Baltimore has been reeling in the aftermath of the death of Freddie Gray, an African American man who died from a severed spinal cord sometime during his apprehension and custody by the city’s police department. Gray’s death follows other well publicized, suspicious fatalities of black men involving police in other parts of America. In Baltimore, protests, unrest, and rioting have ensued.

This is a fast developing story, but as reported today by the Baltimore Sun, the State’s Attorney’s Office, citing evidence including the medical examiner’s report, has called Gray’s death a homicide and stated that the police acted illegally by arresting him in the first place. The State’s Attorney’s Office has warrants to arrest the six allegedly responsible police officers.

The Wire and Baltimore

How many of us, while watching this terrible situation unfold in Baltimore, have thought about David Simon’s classic HBO series The Wire (2002-2008)? Especially for those unfamiliar with the city, The Wire became our lens on its gritty underside, featuring gripping stories about Baltimore police, drug kingpins, politicians, newspaper reporters, teachers and school kids, and waterfront stevedores.

The Wire has been justly hailed as one of the best television dramas ever, so layered and authentic that many consider it an iconic depiction of the harsh realities of modern urban America, and a testament to the futility of well-intentioned efforts to reduce crime, improve schools, and clean up government.

When life meets art so tragically

Amidst the avalanche of news coverage about the situation in Baltimore, the Sun has observed how frequently references to The Wire are appearing in social media. Actor Wendell Pierce, who played Baltimore detective “Bunk” Moreland in the series, accused CNN of stirring up violence to fuel ratings. Actor Andre Royo, who played addict and informant “Bubbles” Cousins, took to Twitter to urge peace and calm. David Simon penned brief statement urging the same. (It prompted over 900 comments posted to his webpage alone.)

Sometimes life meets art in the worst of ways. It is heartbreaking that Baltimore has erupted like this, and that some of its poorest neighborhoods will be paying the price for many years. It is a 21st century phenomenon that our impressions of these events have been shaped by a cable television show lauded for its authenticity.