Geek out: A visit to the National Postal Museum 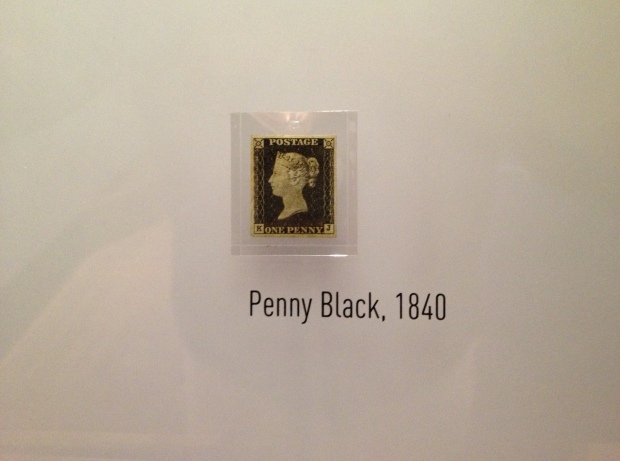 During a quick trip to Washington, D.C. to speak at a program sponsored by the American Psychological Association’s Center for Organizational Excellence, I proved once again why my nickname should be Mr. Excitement: Given a free afternoon, among all of D.C.’s many cultural and historic attractions, I chose to visit the National Postal Museum, adjacent to Union Station.

In other words, I spent my time looking mainly at old postage stamps.

Now, in my defense, I should explain that the weather was lousy, I didn’t have unlimited time, and both my hotel and the APA program were near Union Station. More importantly, on the merits, this museum is a hidden treasure for history buffs and stamp collectors alike. It’s also free, uncrowded, and can be enjoyed in an hour or two.

During grade school, I was an avid stamp collector. So even today I understood how neat it is to see a specimen of the Penny Black (above), the first modern postage stamp. And as a lifelong student of American history, viewing the Pony Express cover below stoked my imagination about the Old West. 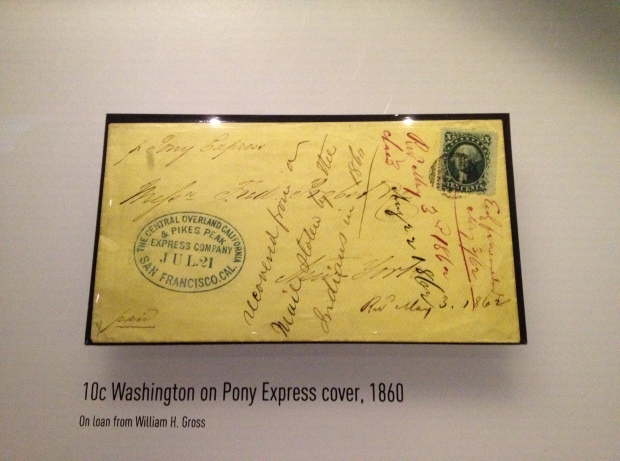 You see, stamp collecting’s biggest fascinations for me were the stories told by the stamps themselves and the imagined journeys of the letters and parcels to which they were affixed. I learned a lot about history, geography, culture, and famous people of all stripes and colors through stamps. 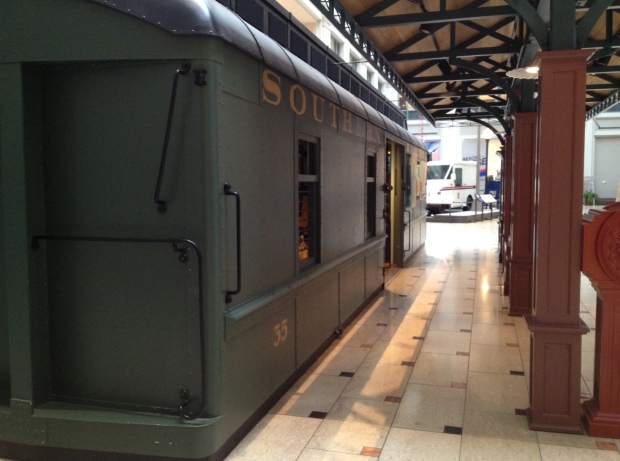 As a young boy who loved trains and airplanes, stamp collecting played right into those affinities. At the museum, you can step right into the old mail car pictured above and imagine postal clerks sorting letters and packages as the train zips along the tracks.

You can also gaze at this vintage, post-World War I de Havilland biplane and picture the daring young flyers who pioneered early air mail delivery. 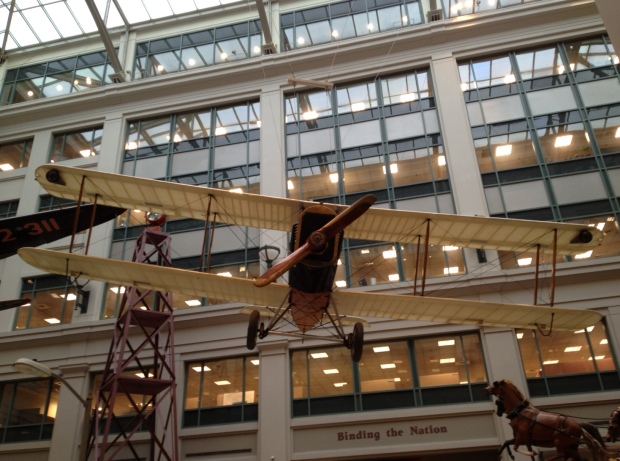 This was air mail, back in the day

The cover below was the only piece of mail carried by the first airplane to cross the Atlantic Ocean from the U.S. to Europe in 1919. I read about this historic flight when I was a kid! 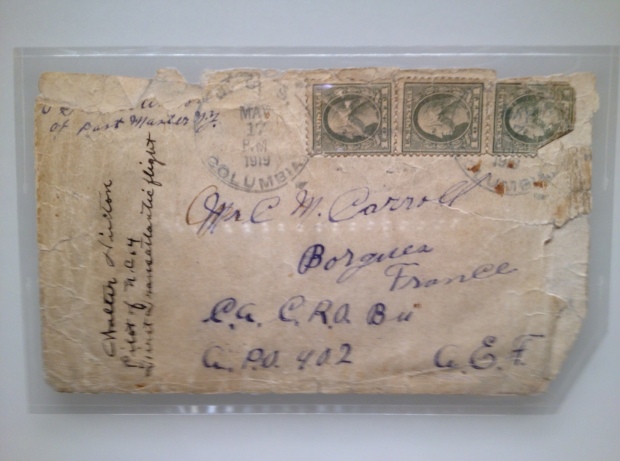 The letter below also has great historic significance. It was salvaged from the wreckage of the Hindenburg, the famed German airship that caught fire and burned to the ground as it was completing its transatlantic flight at Lakehurst, New Jersey, in 1937. (You can watch a YouTube video of the Hindenburg’s final flight and demise here.) 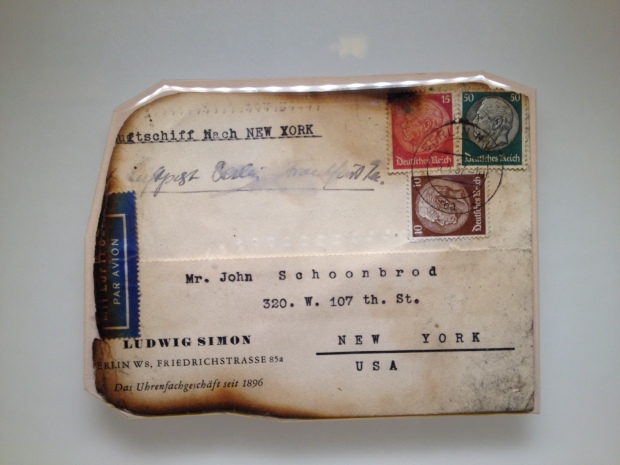 Given that both sides of my family are from Hawaii, I’ve long been fascinated by Hawaiian history. Postage stamps are a part of that story, and some collectors specialize in them. 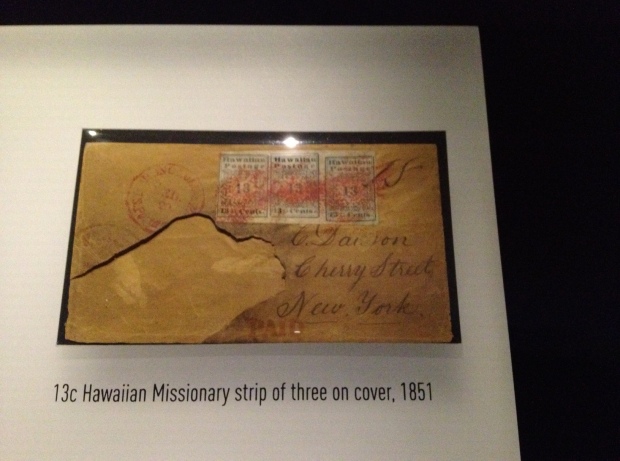 Early Hawaii had its own stamps

In fact, one of my stamp collecting keepsakes is an unused private parcel stamp from the late 1890s, for use on the Kahului (Maui) railroad line. My late Aunty Elaine gave it to me years ago when I was stamp collecting. When our family visited Maui in 1966, we went on the very last train ride of the old Kahului railroad, a treasured memory to this day. 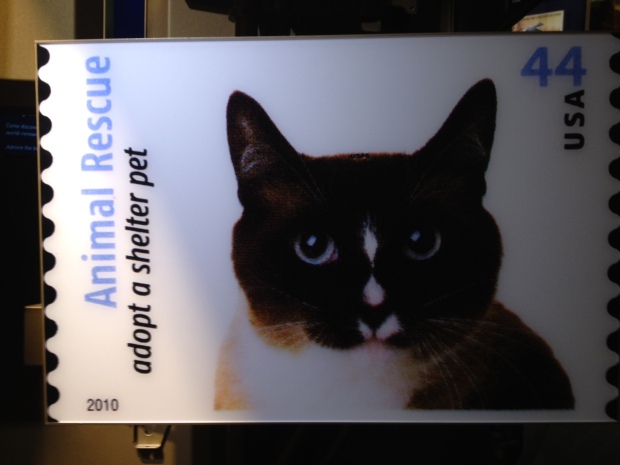 Aww….I wonder how many cats auditioned for this gig?

I shouldn’t dwell solely on the older stamps, so here’s a more recent one that caught my eye. This adorable little critter was one of ten cats and dogs selected for a postal commemorative series celebrating the adoption of rescue animals.

About a decade ago, I attempted to get back into stamp collecting, but I found that work and other activities got in the way of this studious and more reflective hobby. Over the years, however, I’ve continued to pick up stamp issues and covers here and there. Somewhere within me the stamp collector still lurks, and this was proven to me again by my enjoyable visit to the museum.