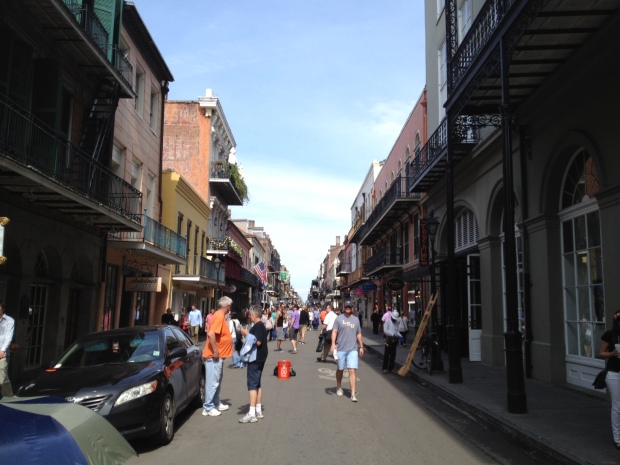 New Orleans has a mythology, a personality, a soul, that is large, that has touched people around the world. It has its own music (many of its own musics), its own cuisine, its own way of talking, its own architecture, its own smell, its own look and feel.

At least during those five months of the year when it isn’t unbearably hot and humid, I can’t think of a more fascinating American city to visit than New Orleans.

I’ve been in New Orleans for a conference, and it’s my first trip to the city in 15 years. Obviously NOLA (as they call it) has been through a lot in the post-Katrina years, but it retains the unique look and feel that Tom Piazza wrote about in his eloquent tribute to the city as it struggled to recover from the storm and flooding.

Lately my vacations have been limited to extended weekend trips and add-on days to work-related travel, and thus I tend to explore places I visit in short stretches. Fortunately I can dig into a city like New Orleans, especially its historic French Quarter, even if I have only a couple of days to do so. For starters, I took a great walking tour of the Quarter sponsored by Friends of the Cabildo, a non-profit organization dedicated to preserving Louisiana’s history. From that tour, here’s a shot of the St. Louis Cathedral, the oldest operating cathedral in North America: 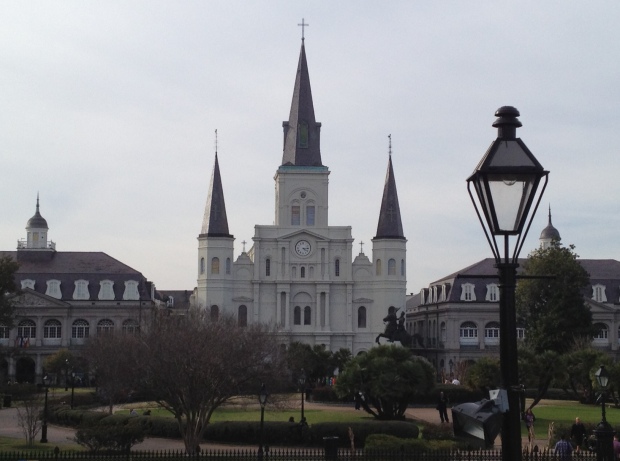 Some of my college pals who read this blog know all-too-well how much our semester abroad in England and accompanying post-semester sojourns imprinted themselves on me. Ever since, I’ve welcomed opportunities to re-experience the adventure of youthful European travel, however briefly, and New Orleans allows me to do just that without need of a passport! Seeing artists displaying their work in Jackson Square reminded me of my first visit to Paris over 30 years ago. 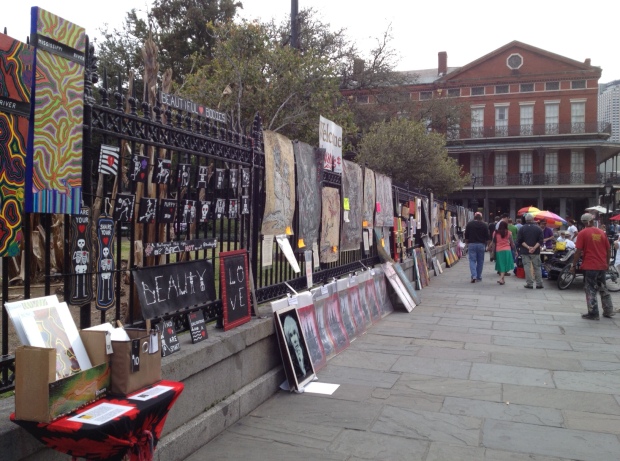 Being the bookstore hound that I am, I had to seek out a few of the city’s bookstores. Here’s Beckham’s Bookstore on Decatur Street, a great used bookstore with piles of books next to filled-up shelves that, well, sorta reminded me of my condo!

Beckham’s comes replete with its own resident cat, who apparently commandeers whatever space is convenient in order to get in a well-earned nap. 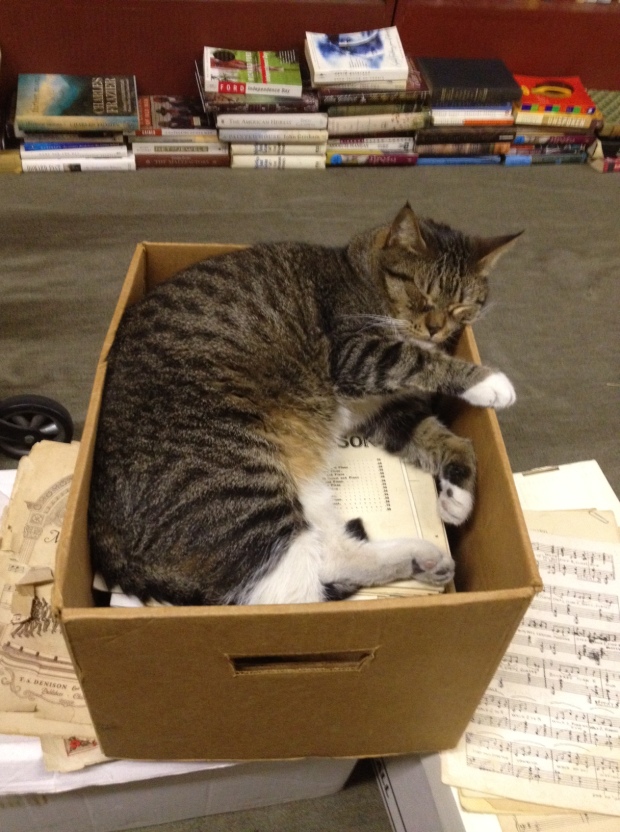 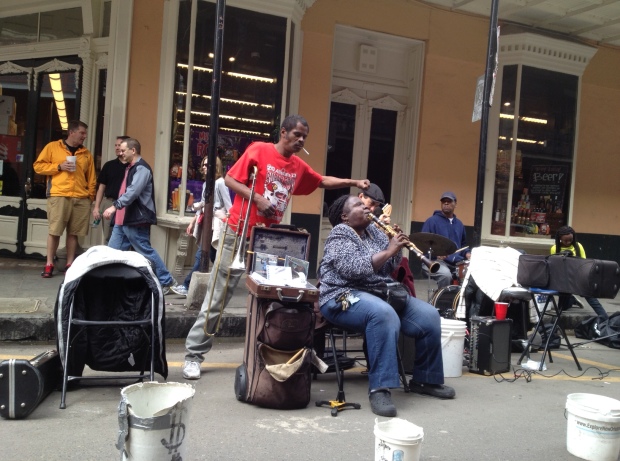 They’re so good, I picked up one of their CDs, pictured here with the Piazza book: 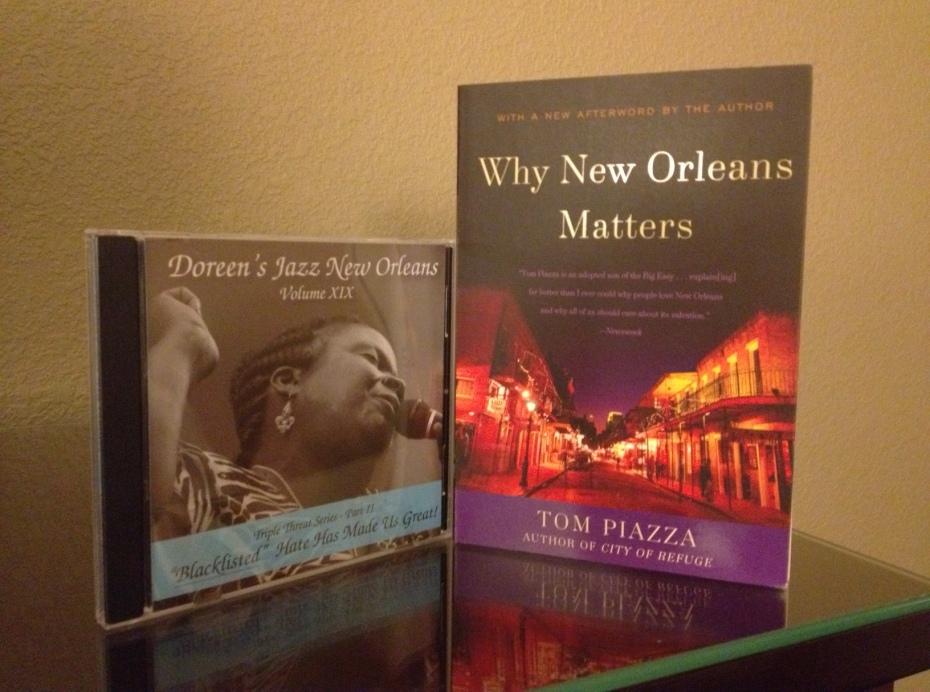 NOLA’s history has its ghastly side that, not surprisingly, sometimes turns ghostly. For example, pictured here is the house of Madame Delphine Lalaurie, who is said to have committed horrific acts of torture on her slaves during the 1830s. Though some claim that she has been unfairly indicted in the court of history, the most authoritative book that I’ve encountered on the topic, Carolyn Morrow Long’s Madame Lalaurie, Mistress of the Haunted House (2012), sides with the accusers. Naturally, the house is a favorite stop on the countless French Quarter ghost tours, and though I didn’t encounter anything supernatural when I was clicking away with my camera, I wouldn’t be eager to spend a night there. 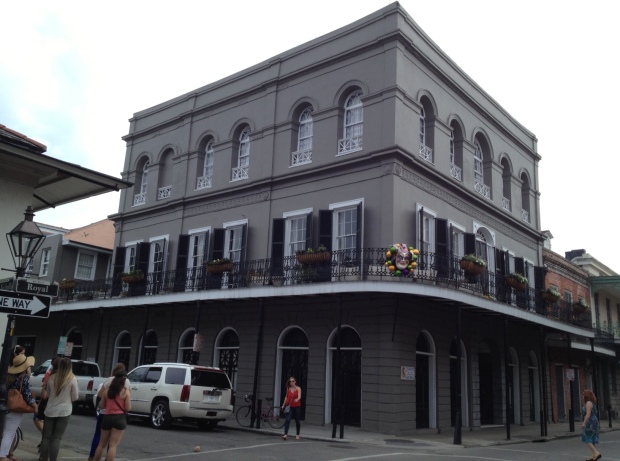 Not all of the historical offerings are uniquely local. New Orleans also is home to the impressive National World War II Museum, co-founded by noted historian Stephen Ambrose, who taught at the University of New Orleans and whose books about D-Day and the European Theatre inspired the HBO series “Band of Brothers.” The museum, which continues to expand, includes a large hall containing vintage aircraft. Here is a B-17 “Flying Fortress,” an iconic U.S. bomber plane of the era. 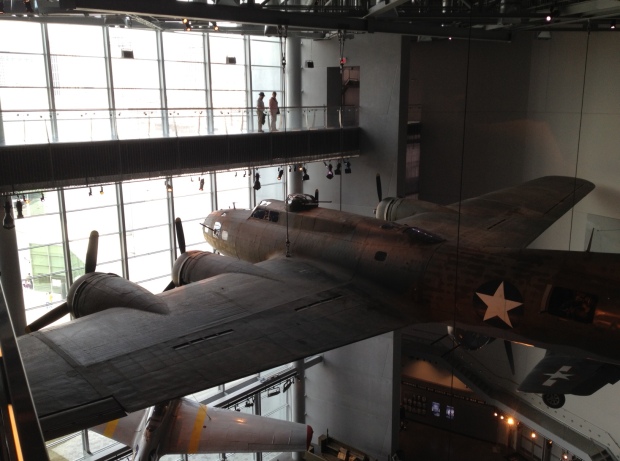 Of course, a visit to New Orleans typically involves good food. The city has a collection of fancy restaurants, but I ended up being a repeat customer at less expensive eateries, including The Grill, pictured here… 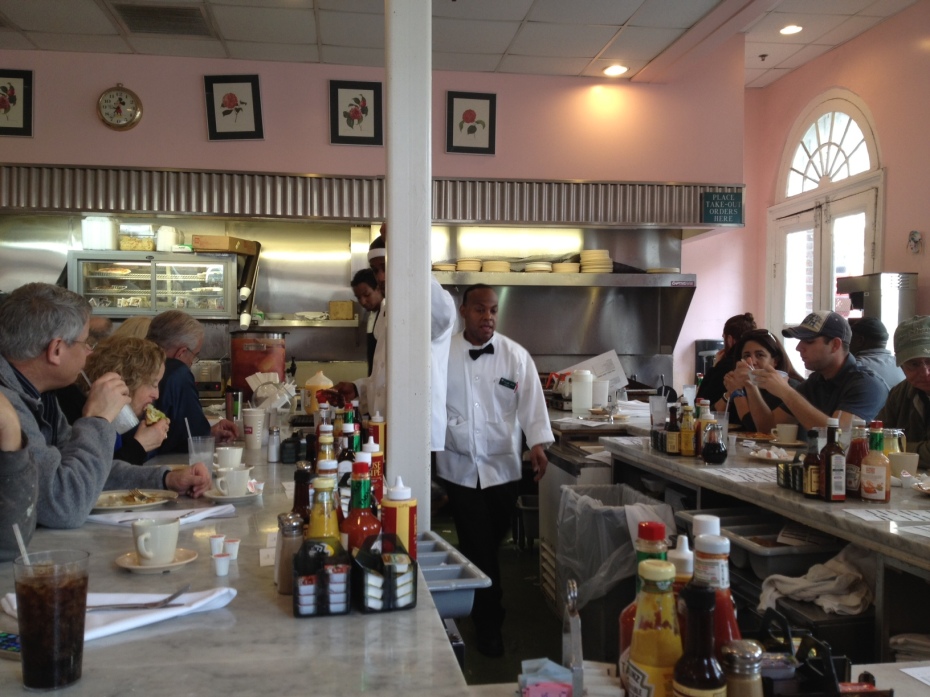 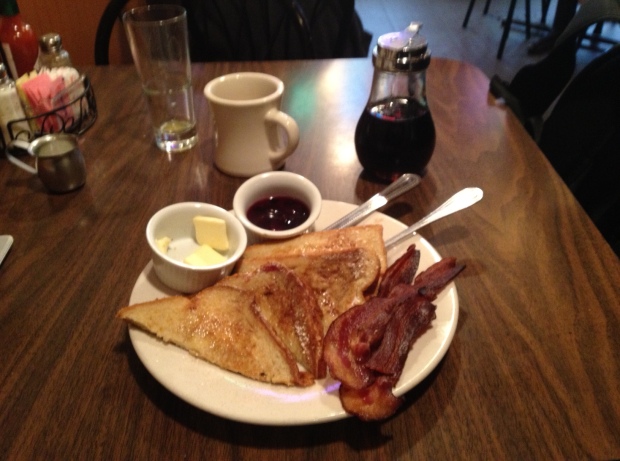 I think an order of French toast is a good way to conclude this blog post. Enjoy!

For a short piece on the psychology & law conference that brought me to New Orleans, go here.