Weather report: Dodging the big one in Boston (this time) 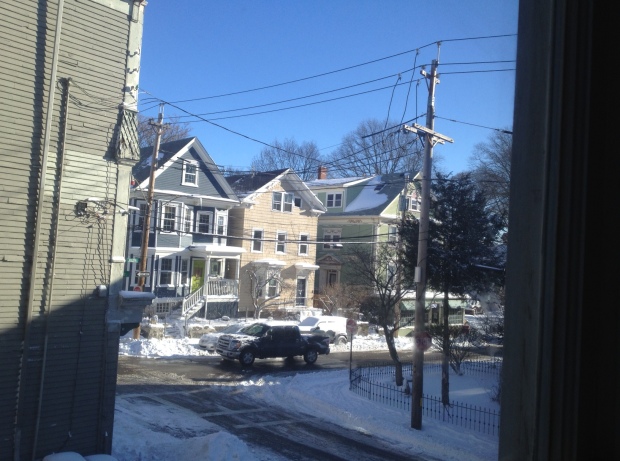 After last year’s multiple monster snowstorms in Boston, you might think that I’ve had my fill of them. I thought so too, as news of Winter Storm Jonas built during the past week and reminders of last winter started to re-enter my head. But I admit that I also felt a bit of weather envy as other locations received so much attention in anticipation of this huge storm, while increasingly it appeared that Boston would dodge the brunt of it.

As you can see from the Sunday morning photo above, Boston was indeed spared the worst of this giant storm. While this constituted our first significant snow of the winter, it was nothing compared to what dropped on other parts of the country and the region. In my neighborhood, we had steady snowfall from late afternoon onward, but on the scale of things it added up to comparatively mild stuff.

In any event . . . I’ve spent chunks of the last few days watching The Weather Channel, keeping up with online weather reports and Facebook postings, and talking to friends in the Washington D.C. area who have been hammered by Jonas. The weather geek in me simply couldn’t turn away from this.

I’ll add another photo, taken late yesterday afternoon from right outside the subway stop in my ‘hood. The snow was starting to come down, and there was a heavy, dull, wintry look and feel to the surroundings. Upon looking at the photo, I immediately wanted to title it “Bleak Midwinter.” 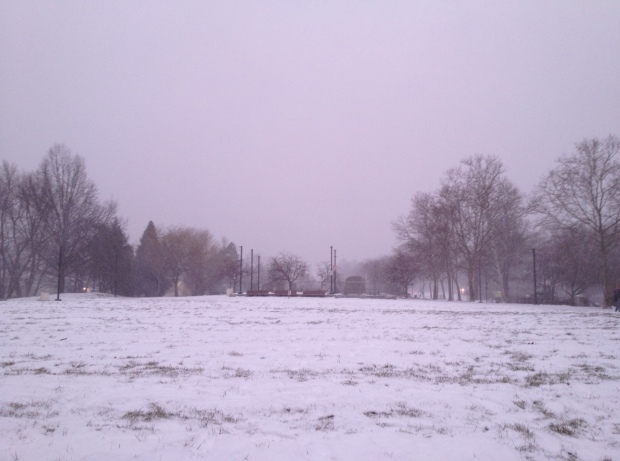